Back in 1995, as I was getting ready to publish the first year of This is True stories into book form, I couldn’t think of anyone better than one of my NASA buddies, who loved the bulletin board clippings that morphed into the column, to write the Introduction. Here it is, in its entirety. 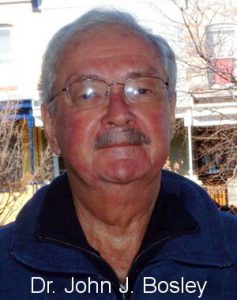 I’ve known Randy Cassingham since 1987, when he and I both showed up at a meeting about the interface designs for the operational systems on the U.S. space station, which is what I was working on at the time. As the people around the table talked, I noticed that he sat leaning back in his chair, listening intently, his note pad remaining blank. He didn’t say a word except in two types of situations: to point out when someone said something that was inconsistent with what they had said earlier, or to blurt out an ironic one-liner that was both funny and instructive.

The one that I remember best happened during a heated discussion of when the “PDR” was going to finalize the “WBS” for the “ELM” or whatever. Randy’s voice stopped the exchange, partly because he hadn’t talked much and people were a little startled, and partly for what he said: “We need to watch out for excessive TLAs.” The people around the table looked at each other: TLAs… TLAs? and glanced at their notes to see if they could figure out what that meant. “Three-Letter Acronyms,” Randy explained, dropping the other shoe. It was a low-key but effective way to make an important point: the language of the discussion was getting so convoluted that it was becoming unclear what was going on, even to the experienced NASA system designers and human factors engineers there. Not too smart when astronauts’ lives might ultimately depend on decisions made by the people in the room.

Since I’m no fan of the bureaucratic mind set myself, I knew this guy would be a longtime friend. It was obvious that we shared a similar sense of humor, and I’ve found that what people laugh at lets you know what they think is really important. Not that Randy tells good jokes (which he can do, occasionally), but that he tends to see things in a different light, picking the weird out of a bunch of mundane, seemingly unrelated details, and making some comment about it that is ironic, hilarious, twisted, attention-getting, bizarre, or an incredibly sick sexual double-entendré — and, more often than might be expected, all of the above.

Don’t get me wrong: it’s not Robin Williamsesque, it’s not constant, but all of the sudden you realize what he has just said, rather quietly and out-of-the-blue, and it knocks you over by the insight it expresses.

After I took a job across the country, we would write each other occasionally. Usually, he would throw in a wild newspaper clipping or six. On each of the clips, parts would be highlighted in yellow, and, in Randy’s block printing in red in the margin, there would be a comment that made you realize how absurd people can be. Like the lady who kept a .38 caliber revolver under her pillow, next to her asthma inhaler. One night, while having an asthma attack, she grabbed the wrong item, stuck it in her mouth and pulled the trigger (Randy’s comment, of course, was “There she goes, shooting her mouth off again.”)

I’m not the only one that was blessed with the little bits of paper that would fall out of the envelope when it was opened. He had several correspondents like me, and he would sometimes have to copy the gems for each of us. But they were still all individually highlighted and commented in his red felt-tip pen.

On a business trip a couple of years ago, I visited Randy at his “day job” workplace. His office area was a partitioned cubicle among many others on a main hall, and on the outside of his wall hung a bulletin board (for you teenagers out there: not a computer with a modem, but a cork board that things are attached to with thumb tacks!) And there, posted for the passersby in the building, were the same articles — only there were more of them than I ever got. But not because they were piling up: there were several pages of recent stories there, all highlighted in yellow and commented in red.

When I expressed amazement as to all of the articles he had up there, he confessed that he was actually holding back: he picked up his briefcase and pulled out several more pages of clippings. “Watch this,” he said, and he walked out and replaced the pages on the board with new ones. In his usual not-very-loud voice, he called out to the people in the adjoining cubicles: “new clippings going up!” and slipped back into his office. I doubted that anyone had heard him, but several cubicles away, someone said “new clippings?”, and a moment later there were a couple of rows of people clustered around the board, all wanting to see the latest from the human interest newsfront.

And where indeed? A lot of it isn’t that the story itself is bizarre — so often it is a plain old news story with some weird detail buried eight paragraphs down. But Randy pulls out that detail, pointing to it with that yellow highlighter. Quite often, the irony of the item doesn’t hit you until you read Randy’s comment. It may be a little sick, but I think maybe it’s also a gift.

I’m not the only one that urged Randy to write a column, but he didn’t want to be tied down, required to “fill newspaper columns or else.” But his clips were passed around by his friends, and people wanted more. It finally got to the point where it was taking too much time for him to copy, and highlight, and mark them all with red.

Luckily for all of us who needed our twisted news fix, the Internet, which was just about to explode into mass popularity at that time, enabled the clips to become e-mail, and they started flashing around to his friends. And they started going to his friends’ friends, who would e-mail him and say “as long as you’re e-mailing these anyway, can you put me on the distribution list too?”, until the e-mail distribution list got so big that he moved the whole operation over to an Internet e-mail “list server” and allowed anyone to “subscribe” to his clippings, with the computer doing all the work of keeping track of who needed copies. Even though it was free, he did it formally and professionally, because, he told me, they were “going out to strangers, and I don’t want to make a bad impression.”

And that’s how “This is True” was born.

Of course, it wasn’t long until newspapers wanted into the act, and “True” started appearing in print, and now Randy is required to “fill newspaper columns or else.” (Which serves him right!)

True still goes to tens of thousands of people around the world by e-mail every week. But how does he pay the considerable expense of that? By gathering up the columns and publishing a book of them. At least I hope this volume brings in some bucks — please buy several extra copies and give them to friends. They’ll be amply entertained, and you’ll make it that much more likely that Randy can continue to send me my e-mail fix every week. And when I say “please,” I mean please — I’m addicted.

I referred to “Jawn” many times in True and on Jumbo Joke (now defunct), since he so often sent me great jokes. I’m the one who dubbed him Jawn, and he is the one that dubbed me Arcie (my email handle).