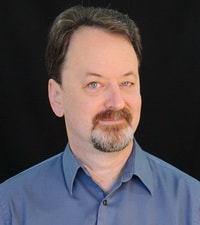 Randy’s blog — more than 700 entries — goes back to 1994. If you’d like to read through all of them, it’ll take you awhile — but you’ll be amply entertained. The first entry is here: Introducing My Blog, and there are links at the bottom of each page (above the comments) to get to the next entry.

A Listing of ALL Blog Entries is here — the listing is long. Note there’s a search function in the navbar if you’re trying to find something specific. The following is a listing of the most-recent entries:

How to Include Your Photo on Comments

You’ll note some comments include a photo representing the commenter. The comment system uses Gravatar to pull up user photos. Register there if you already haven’t; it uses your email address to associate your stated address when you comment with your Gravatar account, and then it’s automagical on any site that uses Gravatar (which is a lot).

If you wish to remain anonymous and not have your photo show, then add an “address” tag to your address (because comments that use fake addresses are automatically rejected). That is, if your email is your.name @ gmail.com, you can use a tag like your.name+nopic @ gmail.com — that changes your address enough that it won’t pull up a photo. You’ll still get notifications (if you sign up for them), too.