A year ago, a long-time friend’s husband (a writer very popular in Macintosh circles) revealed he was dying of cancer.

I actually never met Tom, but know his work; he was a long-time contributor to Macworld, as well as the author of around 40 computer books, many co-written with his wife, Dori Smith, on topics as diverse as Dreamweaver, JavaScript, Keynote, Microsoft Office, CSS, and more.

Shortly after his announcement, California’s “death with dignity” law went into effect. Tom was in no hurry to die, despite life-long health challenges. But as he continued to decline, he chose a date: March 15. I’m friends with his wife on Facebook, and she started a daily “Countdown” to that day. So far, Tom hasn’t changed his mind. He wants to wait until the last minute, but still have enough clarity and energy to take the drugs to end his life himself. What a tough balancing act. 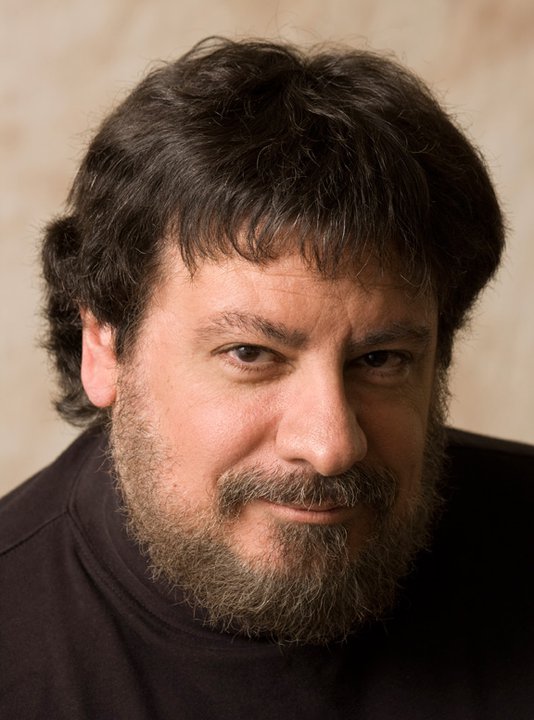 And every day, I see that reminder on Facebook — that unrelenting countdown, commented upon every day with an amazing outpouring of love and support to them both from their many friends, quite a few of which we share in common. In a way, it’s a privilege to watch, since I’m a long way away and can’t fit a trip in to go out there to see them in person before March 15. Just another cool thing the Internet enables, eh?

As a writer, I especially appreciate the ability of other writers to convey their thoughts or feelings, especially when they say a lot with a few words. Here’s the shortest example I’ve seen from Tom — his “review” of his wife, which is also one of the last things he posted on Facebook:

Meanwhile, after years and years of being a medic, and thereby being with an inordinate number of people as they died (strangers, friends, and family), I had some insights to share with her in this difficult time. As a writer, I have the ability to express those thoughts, as difficult as that may be, though perhaps not as succinctly as Tom might have. I decided to share them with you, since someday you might need this advice too.

As the “countdown” has been getting closer and closer to That Day, I’ve pondered what I want to say to you. You already know it’s going to be a very hard day, for both you and for Tom, so I don’t need to tell you that. But I’ve been with (sigh!) many people — strangers, friends, and family — at the moment of their deaths, and maybe I can offer a few helpful words.

We all face that day, just most of us don’t know when. There are a lot of advantages of choosing when: you got to be together and say those things to each other you wanted to say; so many don’t get that chance. You get to be together in that final moment, too; few get that chance. But mostly, I believe that Tom is a lucky, lucky man to have someone who loves and respects him to be there for him when he needs you the most. We should all be so lucky.

You won’t ever be ready to let go, even when you know it’s best for him. But you do it anyway, because being there when it happens is the very essence of what true, unconditional love is. And he loves YOU enough to let you be his caretaker when our natural inclination is “Don’t want her to see me like this.” But he trusts YOU to be that person. It feels like a dubious honor, but it is a true honor.

While it won’t feel like it for a long time, you WILL get through it. Don’t feel guilty if you need space and don’t return phone calls, or if you need to talk and you call someone, including me if you wish, day or night. My advice is ridiculously simple and yet so hard: Breathe. Just… keep… breathing. You only need one at a time.

Meanwhile, for Those who Have Already Been There, there’s nothing better I’ve ever seen than this advice by “GSnow”, which he posted on Reddit in 2012 as a response to the plaintive plea, My friend just died. I don’t know what to do.

Alright, here goes. I’m old. What that means is that I’ve survived (so far) and a lot of people I’ve known and loved did not. I’ve lost friends, best friends, acquaintances, co-workers, grandparents, mom, relatives, teachers, mentors, students, neighbors, and a host of other folks. I have no children, and I can’t imagine the pain it must be to lose a child. But here’s my two cents.

As for grief, you’ll find it comes in waves. When the ship is first wrecked, you’re drowning, with wreckage all around you. Everything floating around you reminds you of the beauty and the magnificence of the ship that was, and is no more. And all you can do is float. You find some piece of the wreckage and you hang on for a while. Maybe it’s some physical thing. Maybe it’s a happy memory or a photograph. Maybe it’s a person who is also floating. For a while, all you can do is float. Stay alive.

In the beginning, the waves are 100 feet tall and crash over you without mercy. They come 10 seconds apart and don’t even give you time to catch your breath. All you can do is hang on and float. After a while, maybe weeks, maybe months, you’ll find the waves are still 100 feet tall, but they come further apart. When they come, they still crash all over you and wipe you out. But in between, you can breathe, you can function. You never know what’s going to trigger the grief. It might be a song, a picture, a street intersection, the smell of a cup of coffee. It can be just about anything…and the wave comes crashing. But in between waves, there is life.

Somewhere down the line, and it’s different for everybody, you find that the waves are only 80 feet tall. Or 50 feet tall. And while they still come, they come further apart. You can see them coming. An anniversary, a birthday, or Christmas, or landing at O’Hare. You can see it coming, for the most part, and prepare yourself. And when it washes over you, you know that somehow you will, again, come out the other side. Soaking wet, sputtering, still hanging on to some tiny piece of the wreckage, but you’ll come out.

Take it from an old guy. The waves never stop coming, and somehow you don’t really want them to. But you learn that you’ll survive them. And other waves will come. And you’ll survive them too. If you’re lucky, you’ll have lots of scars from lots of loves. And lots of shipwrecks.

It feels awfully strange writing, in a sense, an obituary of someone who is still alive. But you know, we’re all going to be there sooner than most of us think, and I’ve never been one to shy away from the dying. Goodbye, Tom. You’re one of the people I wish I had met.

As promised, I went out to visit Dori, and listen to her awesome stories about Tom. Shortly after returning home, the Napa/Sonoma fires blew up all around Dori, and she had to evacuate. At last word, her and Tom’s house still stands.