In This Episode: Dogs may or may not have Uncommon Sense, but how its owner reacts to a dog might be an interesting indicator of their thinking ability. A really cool story. 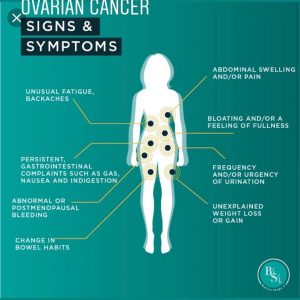 This is a story about a dog. Dogs may or may not have Uncommon Sense, but how its owner reacts to a dog might be an interesting indicator of their thinking ability. You’ll get what I mean pretty quickly.

Stephanie Herfel is a dog lover. That alone doesn’t mean she has Uncommon Sense, but maybe it’s a start. Her dog, Sierra, is a Siberian husky.

Herfel, a former Marine who lives in Madison, Wisconsin, got Sierra from her son. He’s in the Air Force, and dropped the 9-month-old pup off with her in 2013 when he was deployed overseas. And now Herfel and her son, Sean, are really, really glad he did.

“She put her nose on my lower belly and sniffed so intently that I thought I spilled something on my clothes,” Herfel said. “She did it a second and then a third time. After the third time, Sierra went and hid. I mean hid!” Herfel found her curled up in a closet.

Here’s where Herfel’s Uncommon Sense kicked in. This is a pretty unusual thing for a dog to do. Rather than assume her new dog was some kind of freak, she thought about it for a bit, and then wondered: is what the dog did in any way related to the pain she had been feeling in that same area for awhile? She had already seen a doctor, in the emergency room. The doctor said she had an ovarian cyst, declared it benign, gave her some opioid [pain] pills, and sent her home.

But the dog got Herfel’s attention. “To see her become so afraid was spooky in its own right,” she said, “so I made an appointment with a gynecologist, and in a matter of weeks and some blood work with an ultrasound, on November 13, 2013, I was sitting in the gynecology oncologist room in shock that I had cancer.” Stage 3C cancer.

Now, I didn’t know what Stage 3C really meant. I’ve heard of Stage I, Stage II, etc. cancers, and knew the higher the number, the more advanced it is. But I didn’t know what the C might mean, so I looked it up (I’m guessing some of you already know all of this by heart). There are multiple cancer Staging schemes, and adding a letter breaks down each Stage a little more specifically. Depending on the scheme, which relates to what type of cancer is being evaluated, the Stages can be refined with A, B, and usually C. Going up the letters also means more serious, so C is worst for that Stage.

For ovarian cancer, the Staging classification was set up by the International Federation of Gynecology and Obstetrics, and is based on the size of the tumor, how deeply the tumor has invaded tissues in and around the ovaries, and the cancer’s spread to other areas of the body, called metastasis.

Stage 3C means a tumor was found not just on one or both ovaries, but also has metastasized to other nearby organs, such as the spleen or liver, and probably the lymph nodes. It’s extremely serious.

Now obviously, these numbers can vary depending on the patient’s age, other health factors, et cetera et cetera. The good news for Herfel, to cut to the chase here, is that surgery, including a full hysterectomy and splenectomy, saved her life. Then it was time for chemotherapy, which lasted into April of the next year.

Now, here’s where the skeptics might weigh in. “Yeah, right, the dog sniffed out her cancer.”
But David Kushner, Herfel’s oncologist, confirmed there have been other dogs who have the same ability. They’re from various breeds, and their accuracy rate is high — as high as 98 percent.

“It’s believable,’’ confirms Dr. Howard Bailey, the director of the Carbone Cancer Center at the University of Wisconsin, where Herfel was treated. “It comes down to proteomics or the study of proteins,” Dr. Bailey continued. “Cancer occurs and advances based on some of the abnormal proteins it produces and differing smells are often a result of different proteins. So it’s not surprising that dogs, which are much more sensitive to smell than we are, could detect a change.”

Dogs have up to 300 million olfactory receptors in their noses. Humans? About 6 million. Plus, the part of a dog’s brain that’s devoted to analyzing smells is, proportionally, 40 times greater than ours. Combined, that makes dogs’ ability to smell things 10,000 to 100,000 times better than ours.

Still not convinced? Well, in 2015, when Herfel was fully recovered, Sierra was sniffing around her again — and freaked out and went and hid in the closet again. You can bet Herfel went straight to her doctor. The dog was right again: this time it was in her liver, and happily she survived treatment again. Then in 2016 — you guessed it: Sierra, now an experienced diagnostician, alerted again, and Herfel survived treatment yet again. And if you’re counting on your fingers, yeah: Herfel, now 52, is still alive today. She passed the five-year survival mark, and is disease free. She beat the odds despite the recurrences, which are common in ovarian cancer. She even thinks she’ll outlive Sierra, which is surely a bittersweet thought for her. In 2017 she got married and yes, Sierra was there.

“I owe my life to that dog, she has never been wrong,” Herfel said. “I would not be here today if she didn’t react like that.” And for further confirmation, when a friend of hers came over to visit, Sierra reacted the same way to her. That wasn’t a shock, though: the friend already knew she had ovarian cancer.

Why did she allow her personal story to be told? “I just feel like my story can let people think about their animals and think, ‘Wow, my animal did this when I got diagnosed’,” she said. “Just to give the animals credit that they are pretty smart.”

I can’t advise you or the woman in your life to go get tested — there is no test. But hey: if a dog wants to sniff around, let it. And if it doesn’t like what it finds, don’t ignore it.

But is that really the lesson here? That, if you’re afraid of cancer, you should try to adopt a dog with a really talented nose? No. It’s this: people with Uncommon Sense are open-minded. They pay attention to strange things that happen around them, and they think about them. Herfel paid attention, thought about it, and took action, and that’s why she’s alive today.

I have no idea if you think you have Uncommon Sense or not, but part of my message of this entire series is, you can develop it. That’s right: Uncommon Sense can grow, get stronger, and help you in your life. And as we see, it can even save your life. Next week, I’ll talk about how to develop Uncommon Sense: from zero to some, or from some to more.

You can comment on this episode, and see a photo of Stephanie Herfel and Sierra, on the Show Page at thisistrue.com/podcast16.