A Note from Darryl in Newfoundland and Labrador, Canada, suggests, “I know you have been around since the beginning of the internet as one of the longest (and also I would say one of the best) running e-newletters. I ran across this story in Time magazine and thought it would be an interesting article to add into your weekly post.”

I looked, and didn’t find anything “weird” about Time’s list of “The 15 Most Influential Websites of All Time”, so clearly Darryl meant I might just be interested in telling you about it. Indeed I am.

Time notes “The web, or ‘world wide web’ as we used to say, turns 27 years old on December 20.” Wrong, Time! We didn’t call it the “world wide web” but rather the “World Wide Web” — initial caps, thank you!

Here’s Their List — I’ve added a brief description and when they went online:

My biggest surprise? Youtube: it only launched in 2005?! Seems like it’s been there longer. Perhaps because in this space, on July 3, 2000, I called online video a new trend by saying “The day is here” that “anyone with talent” could become a “real” filmmaker due to advances in computer power, and they “wouldn’t even need financing” from a TV or movie studio. And sure enough, Youtube was founded by three former Paypal employees in February 2005; Google bought it in November 2006 — just 21 months later — for $1.65 billion.

It was in 1994 that I realized there was enough computer power and networking — the Internet itself — for “anyone” to become a periodical publisher without financing: that’s when I came up with what would become True in June of that year, funding it out of pocket. 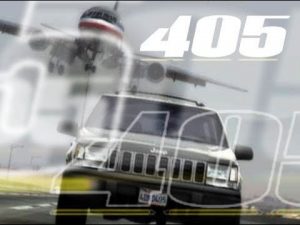 Something had happened that sparked my realization about the new online video trend: the (first-ever?) online release of an independent (yet brilliant) short film, 405 the Movie; my author’s note about it is archived in my blog under the title, Online Video: Simply Cool.

The movie’s web site noted that the computers used to create it only had 256-512MB of RAM. With those Pentium-class systems, it took them 3-1/2 months to pull this off. The software used was LightWave 3D, Digital Fusion, and Adobe Premiere.

So did Bruce Branit and Jeremy Hunt do it without “financing”? You bet: their total budget was just $300. (Plus, of course, a lot of unpaid time!) The most amusing part of their budget: $140 to pay for the citations from the California Highway Patrol gave them for walking on the shoulder of the 405 freeway during filming; CHP Officer Dana Anderson is listed in the “Special Thanks” section of the credits! I assume the rest of the budget went for software; they apparently already had the consumer grade camcorder, a Canon Optura, and the computers.

Both of the film’s creators had a head start: they worked together on Star Trek: Deep Space Nine, so they at least had a professional level of understanding of visual effects before they started the project. Still, I consider it absolutely true that “computer power allow[ed] anyone with talent to become a ‘real’ filmmaker,” as I said in 2000.

And now look at Youtube! It serves 5 billion video downloads per day, and 300 more hours of video are uploaded to the site …per minute. It’s the second-most-visited web site on the Internet, after Google itself (then Facebook, Baidu, Wikipedia, and Yahoo [source]). Google paid $1.6 billion for it 21 months after launch? Imagine what it’s worth today.

The Other Thing I Noticed about Time’s list of web sites? Born in June 1994, This is True is older than just about all of them. Yeah, Tim Berners-Lee’s first web site ever is a gimme. Of the rest, only Yahoo is older, and only by a few months.

True has been “influential” in its own way: my “best practices” as an email publisher set the standard that was later built in to the offerings of “Email Service Providers” who mail to lists for publishers like me: things that weren’t there when I started. I wanted confirmation loops (“double” or “verified” opt-in) so others couldn’t subscribe you to a list without your active involvement. I needed automatic processing of bounced messages, and easy unsubscribe links (not the “send this complex command to this special address” garbage that was common back then). Dole out the messages more slowly to sites that had a lot of subscribers to not overwhelm them (“throttling”).

I worked closely with the founders at Lyris to do all of that and more …but they couldn’t take True on right away: they had to upgrade their hardware because my list was so big. That company has since become much less relevant (I was surprised to find just now that Lyris doesn’t even have a Wikipeida page), and that’s why I moved to a more innovative ESP, but together, we set the standards, and I’m proud of that.

As for online video, in late 2000, film critic Roger Ebert referred to 405 as “the most famous short film in the history of the Internet.” Well, sure, at the time! But I think back in 2000 there was a larger picture to see: the true birth of the online video medium, leading to a massive change in how we consume entertainment. I didn’t know how to make a billion dollars from my insight back then, but it has been fun watching the Internet grow up around me.

Time’s article: The 15 Most Influential Websites Of All Time.

“Pops” in Washington, in response to the above, writes:

Regarding World Wide Web, I will comment with only one word, describing my introduction to it: GOPHER.

A little bit apples and oranges, though Gopher is often “considered” the predecessor of the web. The WWW was invented in Switzerland in 1989, though the first web browser didn’t get out to the general public until late 1991. (It was called WorldWideWeb, but was renamed to “Nexus” because people confused the browser and the Web itself.)

The Gopher protocol was created by the University of Minnesota to distribute documents — and search for them. It was actually released after the invention of the WWW: in mid-1991. But certainly, because of the late release of Berners-Lee’s first browser, many used Gopher first, through simple telnet (plain ASCII character transmission) protocols.

My own first use of the Internet (besides as a backbone to carry email, usually through convoluted gateway addressing, like X.400 or X.500 protocols) was similar, with Archie and Veronica. Archie was created in 1990 after three years of work at McGill University in Montreal, and is considered the first Internet search engine — it was made to index FTP (File Transfer Protocol) archives, and I would use that to search for, and download, research materials from my desk at the Jet Propulsion Laboratory. The first server I ever connected to was in Australia (the farthest away I saw on a list of such servers — printed in a book!), though I no longer have any memory of what that server was.

Veronica was also a search engine, for (yes!) Gopher, created at the University of Nevada, Reno, in 1992. The web protocol (HTTP, or Hypertext Transfer Protocol) won out over Gopher, but there are still a few Gopher servers around. I played with all the protocols briefly until web browsers started popping up at JPL, starting (for me, at least) with Mosaic, and I taught myself how to build web pages by trial and error — which is how I started losing my hair. 🙂

None of That is “The Internet”

But Don’t let Anyone Tell You the Internet was invented in the 1990s! Packet switching, the base technology of the ’net, was invented by two men, working independently of each other. Paul Baran, a Polish-born Jewish American engineer working at the RAND Corporation, was assigned to design a communications system that could “survive” nuclear war. His work was first published in 1960. Meanwhile, Welshman Donald Davies, working at the U.K.’s National Physical Laboratory, came up with a similar system in 1965, and it was actually his work that inspired ARPAnet, the predecessor to the Internet. Computer Science Prof. Leonard Kleinrock of UCLA developed queueing theory, which gave packet switching a mathematical background; his doctoral thesis (at MIT) was published in 1962, which (if I understand correctly) made packet switching practical.

Lawrence Roberts’ (of MIT) baseline plan, “Towards a Cooperative Network of Time-Shared Computers”, was published in 1966, and his “Plan for the ARPAnet” was published in 1967. UCLA hooked a computer to ARPAnet on September 2, 1969 (thanks to 50 kbps lines provided by AT&T). That day, Kleinrock had one of his students, Charley Kline, send the first message over the new network: “login” — from UCLA’s SDS Sigma 7 computer to Stanford’s SDS 940 host computer. But the system crashed after just the first two letters, leaving the first-ever “online message” to be “lo”!

The ARPAnet’s Host-to-Host protocol was published in 1970, the same year the ’net went cross-country. Ray Tomlinson’s (of BBN, the link goes to his Honorary Unsubscribe) new program — email — appeared in 1971 (a 1972 update to the program introduced the “@” sign standard). The File Transfer Protocol was invented in 1973, the first non-continental-U.S. links (by satellite to Hawaii and the U.K.) went online in 1975. Commercial ISPs emerged in the late 1980s, well before the web. Restrictions against commercial use started easing when MCI Mail and Compuserve connected to the Internet in mid-1989, and the Internet was considered fully commercialized in 1995, when the last of the National Science Foundation restrictions were removed (which was …ahem… after True was well established!)

26 Comments on “Watching the Internet Grow Up”