You may have heard about the plane “crash” in Denver Saturday. A Continental jet taking off for Houston veered off the runway, went cross country for a bit, popped up over an airport service road, then collapsed on its belly and burst into flame. No one was killed.

One of those aboard was a cadet from the U.S. Air Force Academy in nearby Colorado Springs. He had planned to nap on the flight, but “We started bouncing, and I thought, ‘That usually doesn’t happen,'” he told the Denver Post. But it’s the next part that really caught my eye: “When the engine caught fire,” he said, “I knew something was wrong.”

Yes, well, remember, as an Air Force cadet he’s specially qualified to make such judgments. You, as a civilian, need to remember: just because your airplane’s engine bursts into flame doesn’t necessarily mean that something is wrong! (source article, if you’re interested.) 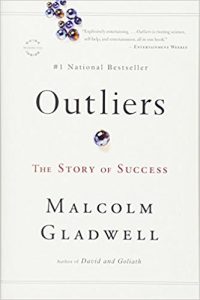 Speaking of plane crashes, I’m currently reading Malcolm Gladwell’s latest, Outliers, which I’m finding quite interesting. It delves into what makes people successful, and amazingly it has a lengthy chapter on plane crashes, and how culture affects crash rates. (And once that’s figured out, it’s actually fairly easy to fix!)

Society tends to think success simply goes to “smart people,” but smarts aren’t enough, as Stanford’s Lewis Terman figured out generations ago — much to his chagrin.

Terman, a pioneer of cognitive psychology, studied an early IQ test created by French psychologist Alfred Binet and modified it. Released in 1916, Terman’s “Stanford Revision of the Binet-Simon Scale” is now known as the Stanford-Binet IQ test.

One of Terman’s grad students was my grandfather, who was notable in that he was an Eidetic imager. Commonly called a “photographic memory,” my grandfather Carl Cassingham was able to look at a newspaper, turn off the lights, lie down, and then read it from the “image” in his mind.

Naturally, Terman relied on his grad students to refine and validate his version of the IQ test, so Carl would bring test questions home and try them on his young son — my father, Larry. No mental slouch himself, my dad got quite used to the specific questions, as well as the general types of questions that are common to various IQ tests.

Putting the Test to Use

During World War II, the U.S. military used these now very “refined” IQ tests to help figure out which soldiers were officer material, and which were …well… cannon fodder.

When my dad joined the Army Air Corps in World War II, he was given an IQ test, and predictably blew the psychologists away — his score was off the charts. In a very real way, his IQ couldn’t be measured by any conventional test because he had essentially memorized them all.

With the help of a sympathetic officer, my dad got the assignment he wanted: with his interest in science and the weather, he wanted to be a flight meteorologist. He was posted to Hobbs, New Mexico, which was a pilot training base, and made acquaintance with another meteorologist there by the name of Jack Williamson.

Williamson’s name might ring a bell for you. Before the war, he was well established as a writer, published in many of the early science fiction magazines. After the war, he grew into one of the grand masters of science fiction — only the second writer to receive that title from The Science Fiction Writers of America (after Robert Heinlein).

When Jack learned from my dad that I wanted to be a writer, he sent me an autographed copy of his latest book, Firechild (1986), to encourage my career.

When Jack died in 2006 at 98, I had the honor of writing his Honorary Unsubscribe — and the unfortunate duty to call my dad, who was starting his own decline, to tell him Jack had died. Dad had decades of memories to go through after that.

With my tidbits of inside knowledge it was fascinating to read a little bit about Terman’s work in Outliers, and see the answer to the question, “If intelligence isn’t the key to success, what is?”

So, why am I telling you this story now? Well, today is December 22: it would have been dad’s 90th birthday today. He died one year ago tomorrow, the day after he turned 89. And I had the honor of writing his Honorary Unsubscribe, too.