Sometimes a story needs the photos discussed to be complete. Let’s start with the story, from True’s 8 June 2014 issue:

Some Wasatch, Utah, High School girls were surprised by their yearbook photos, which didn’t show them dressed as they’d been when the pictures were taken. Officials had some of the photos edited to make their clothing less revealing. But only some of the photos. “Half of them got edited and half of them didn’t,” said student Rachel Russel. Superintendent Terry E. Shoemaker saw nothing wrong in dressing girls to his taste without even telling them. “We only apologize in the sense that we want to be more consistent with what we’re trying to do,” he said. “We can help kids better prepare for their future by knowing how to dress appropriately for things.” (AC/KTSU Salt Lake City) …That’s why we teach them that if they don’t dress appropriately, their photos will be changed to look as if they did.

Here are a couple of example photos of girls who were edited: 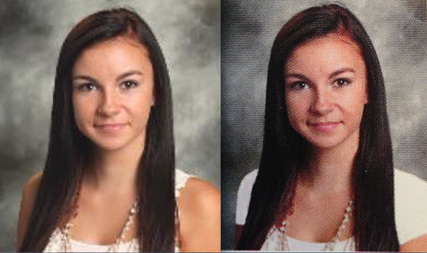 Compare what the school did above, and how they rationalized the decision, with what another school did with a girl in its yearbook, and how their administration reacted, from the same issue: 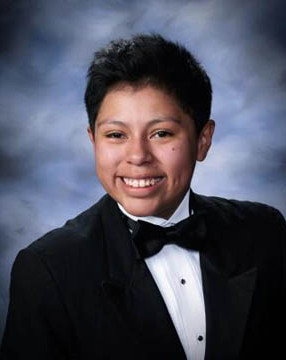 Jessica Urbina, a student at Sacred Heart Cathedral High School in San Francisco, Calif., won’t be appearing in the school’s yearbook this year. Female students are required to wear a dress for their portraits, but Urbina instead wore a tuxedo. “As we prepare to pass out yearbooks, it is always regretful when a student portrait is omitted for any reason,” the school announced in a written statement. “As a community we will continue to work tirelessly to ensure that all students are included in the future” by amending the policy. Both male and female students protested Urbina’s deletion from the yearbook — by wearing neckties to school. (RC/KTVU San Francisco) …The vicious rebels!