Sometimes newspaper editors do their work mechanically, not paying any attention whatever to what they’re printing — even on the front page. And I have the photos to prove it. From True’s 23 December 2007 issue:

An Ugly Shade of Green

The Lewiston Tribune newspaper in Lewiston, Idaho, ran two large photos on its front page several days before Christmas. One showed a sign painter putting the finishing touches on a store window. The other was a still image from a convenience store’s security camera showing an “unknown man” reaching for a wallet which was sitting on the store’s counter. The wallet, bulging with $600 in cash, belonged to a 19-year-old woman who had just cashed her paycheck to go Christmas shopping. The store’s cameras show the man taking the wallet, and “cops want to contact man for questioning,” the accompanying story said. As the paper rolled off the press, a Tribune employee noticed the men in the two photos looked a lot alike, and were wearing the same clothes. The employee called the police. The sign painter, Michael Millhouse, 43, admitted taking the wallet and was charged with theft. “I always liked the Grinch,” Millhouse said. “I guess I am one.” (Lewiston Tribune) …Except that the Grinch’s heart warmed up in the end.

Here’s the front page from that day’s issue… 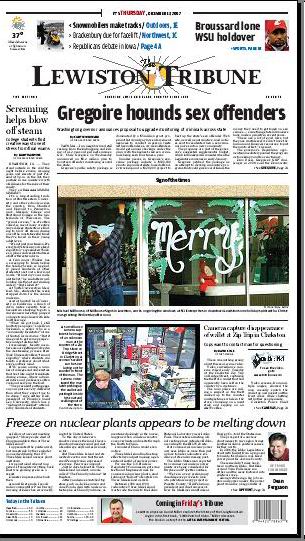 …and a close-up of the portion of interest: 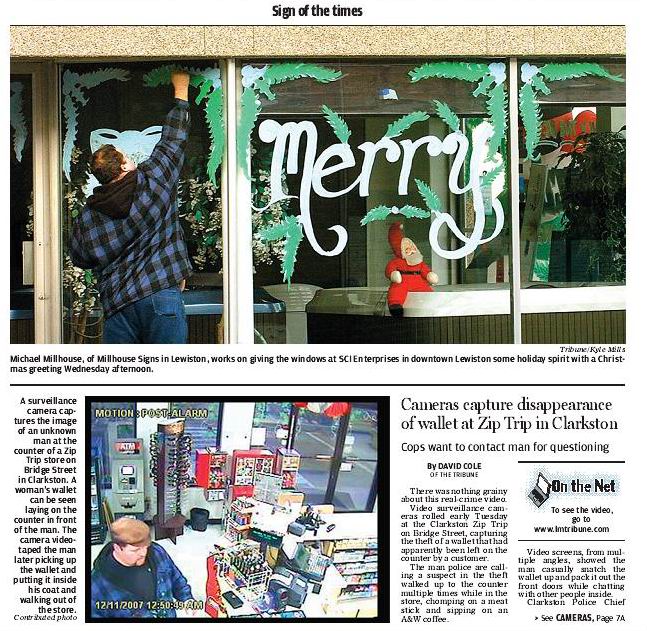