An Interesting Article on the site Artist Empathy (yeah, I hadn’t heard of it before either) discusses “The Pomplamoose Problem”… 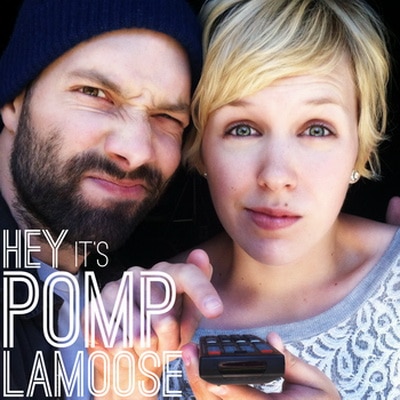 …Or, why Artists Can’t Survive as Saints and Martyrs.

Pomplamoose is a neat online band I’ve enjoyed for years on Youtube; a couple known for their awesome music videos: Nataly, a really understated guitarist-singer, and Jack, her way overanimated boyfriend, who plays just about every instrument he can get his hands on.

Jack recently posted a brief article about how hard it is for artists to survive, even those who their fans think have “made it.“ (“We have not ‘made it,’” he concludes. “We’re making it.”)

Well, he was ripped a new one for daring to tell the truth — and explaining how and why the band lost money on its recent tour, despite a great turnout by fans.

It’s really hard for artists to survive, Artist Empathy says: “The reality is that we’ve reduced American culture to a system of arbitrary donations and pats on the head. That isn’t sustainable. Corporate and trust funded music will survive, but will its message represent the diversity of our culture? No. And resentment is building — a resentment that is quite clear with the level of anger generated by just one mid-level band publishing just one article about the difficulty of surviving in the music business.”

A neat innovation by Pomplamoose: they show every instrument
(even as simple as clapping hands) so you can see where every
distinct sound comes from.

I can relate — as much as writing and publishing is included in the definition of “art” these days. Premium subscribers have put their money where my mouth is, but a push in the free edition on Friday brought a grand total of eight new subscribers. Eight people who agree to pay a few bucks per year …for at least one year.

Out of their fee, I’ll need to pay for the two writers that each contribute about three stories a week (I write the rest), a high-end web server that won’t crash under the sudden loads it gets when an issue goes out, email servers that don’t choke when I’m ready to send tens of thousands of emails all at once, an assistant to process your orders (and get books ready for publication), office space, computers — on and on. It’s definitely tough to survive in “the arts” — not even counting those who expect, even demand, that they get the results of the work even though they don’t support it themselves.

Oh, and did you figure in that credit card processors (and Paypal) take a percentage right off the top?

Far from this being a whine, it’s important to me that I periodically say Thank You to the several thousand of you who do support my work, because you make it possible in a very real way. As I say again and again, that doesn’t just mean financial support: spreading the word works wonders. Just one post by a True reader on Lifehacker in June brought in a couple of hundred new readers, simply by answering a question posted there, “What Are Best Email Newsletters That Are Actually Worth Subscribing To?” Wow! Thanks Tidymaze, whoever you are! The same Lifehacker member did it again last month, by answering another post which asked asked for “The Best Subscription Gifts You Can Give”, which has resulted in more new subscribers. That really, really helps.

So please: think about how important it is for the bands who make music you love, for writers who make you think and laugh, for video producers like the brilliant Veritasium who explain things in understandable ways to make you smarter — we all need your support. You might even be one of eight who really make a difference.

The roundest object in the world — and why it was created:

5 Comments on “The Pomplamoose Problem”