How Cool is my home town (Burbank, Calif.)? Sure, “Beautiful Downtown Burbank” is where Rowan & Martin’s Laugh-In was taped, but it was also (from 1928) the headquarters city of Lockheed Aircraft Co., as reflected in the city seal.

The entertainment industry was also represented, with the circular bit in the bottom-center — a film reel.

I found it online, but after extensive online searching could only learn the seal was used “in the 1940s,” so I popped it onto Facebook and asked readers if anyone knew more about it.

Sure enough, within an hour reader John in Pennsylvania popped back with a link* to a historical report about Burbank, and from that I learned that the seal was created by the Walt Disney Studios, which are also headquartered in Burbank, just down the street from the hospital where I was born. It was adopted in 1946 and was apparently used until 1978, so I was “born under” that gorgeous art deco seal. (But I sure don’t remember it.)

At least, my home town was cool when I was born there: their present-day seal (below) is nowhere near as arty. Both designs, at least, soundly beat the original seal from 1911: that featured a …misshapen cantaloupe. Really. But that’s OK: that was long before cities had really discovered branding! 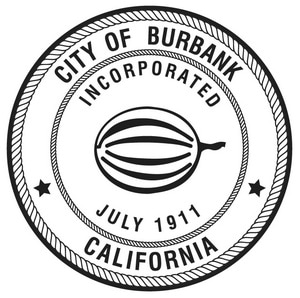 Its Replacement is much more interesting, showing aviation’s important impact on the city — Lockheed moved to Burbank in 1928, and eventually employed, at its World War II peak, about 94,000 people — nearly 35,000 of them women in those “Rosie the Riveter” days: 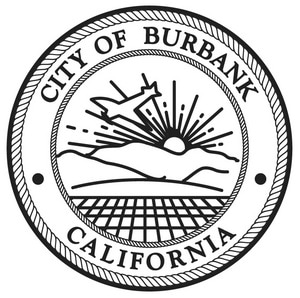 The Current Seal, which replaced the Disney design, still features aviation, but the entertainment industry gets equal billing, along with city hall: 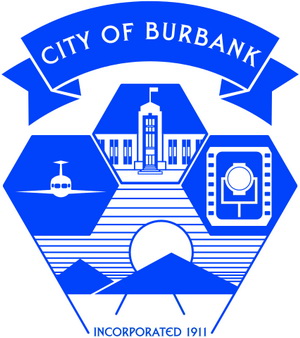 I’ll leave it to the comments to come up with the grand lesson for all of this!

Thanks to Wes Clark’s Burbankia page for the historical seal designs.