An angry Premium subscriber, after reading a story in this week’s issue, wrote to proclaim “That is not only false, crude, and offensive, it is an obvious, kneejerk response that would occur to many people looking for a cheap shot.”

Let’s start with the story, from the 6 September 2009 issue:

Get On Your Knees

The Catholic Truth Society, a Roman Catholic publishing company based in London, England, has released a special prayer to help couples “purify their intentions” before they have sex. The prayer is the society’s response to “those caught up in a culture that rejects the indissolubility of marriage and openly mocks the commitment of spouses to fidelity.” (London Telegraph) …All the Catholic girls I’ve ever known always said a prayer after sex.

I guess Marty in New York is Catholic. But let’s go back and take the story apart bit by bit.

He’s saying it’s not true that the Catholic Truth Society is a Roman Catholic publishing company? Or that they’re not in London? He’s saying they did not release a special prayer to help couples “purify their intentions” before they have sex? He’s saying the prayer is not the society’s response to “those caught up in a culture that rejects the indissolubility of marriage and openly mocks the commitment of spouses to fidelity” (as they were quoted)?

I can’t speak to what Marty might find “crude and offensive.” It’s probably unlikely that he found my slug (title — “Get On Your Knees”) to be too objectionable, since that’s where a good many people pray. And I’m a little unclear whether my tagline is what he found “crude and offensive” or if it was the media treatment of the story in general. If it’s the media in general, then he’s venting his spleen at the wrong person; if the Telegraph got it wrong, shame on them — and he should write them a letter to set the reporter straight.

This is True’s Role

I can only go with what they published: that’s what I comment on. True is, as I’ve made clear since 1994, news (and, by extension, social) commentary — I comment on news stories I see. Since surely he would admit that there’s nothing in my story that’s “false,” especially when compared to the source, I’ll assume that he didn’t like my tagline.

And you know what? I stand by my tagline. It’s funny, and all the other mail I got on it was of the “Darn it! You made me spew coffee on my keyboard!” variety.

But I do know that not everyone will find every tag funny, or even appropriate, especially if it hits a hot button for them. And clearly, this one did hit a hot button for Marty — so much so, he couldn’t see the humor in it, as people who had a little distance could.

Is it a “cheap shot” that I got a laugh out of the fact that many Catholic girls are worried that they may have gotten pregnant by having sex without using (as the church demands) any sort of birth control? Well, that depends on your point of view, doesn’t it? I can understand Catholics could be offended; can Marty understand that most non-Catholics wouldn’t be?

But what about the bigger picture?

Taking It in Stride 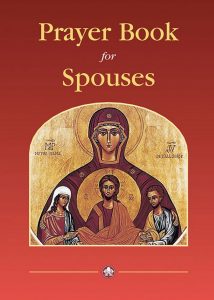 The Catholic Truth Society itself has commented on the media treatment on the prayer (and the book it was published in) — even Marty sent me the link. On their web site they noted that because of the widespread media amusement, they’ve been “inundated with orders for the book” and that “it has been interesting to note that even the very idea of a positive connection between the physical and the spiritual is a new idea to many, and this news story by itself has set some people thinking on new lines.”

And isn’t that exactly the point?

Releasing the prayer to the media got attention, and led not only to sales of the book the prayer is in, it got people to think about their religion in a new light. That’s not something to get angry over, that’s wonderful!

And if it came at the cost of a snicker about one of the realities of being Catholic, so what? “The media” helped the Society shine a little light into the human condition — just as the Society had hoped. That’s not a problem, that’s a major “win.”