On Sunday I saw my wife had posted something on Facebook that really struck me. It was a “Share” of another friend’s “meme” graphic, and here it is: 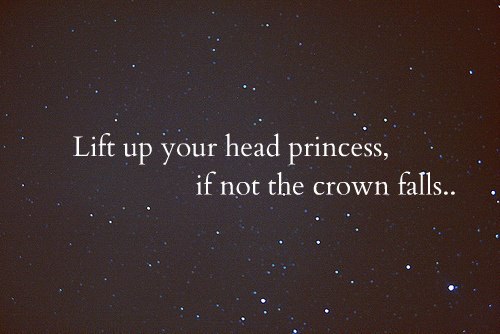 After ignoring it for awhile as I worked, and finding the image in my mind wouldn’t go away (in part because I was also thinking about the horrific rape/murder of a young woman in Delhi, the capital of India), I checked Flickr’s “OK to Use” section and almost instantly found a photo that matched the picture in my head. I yanked it into my graphics software and came up with this: 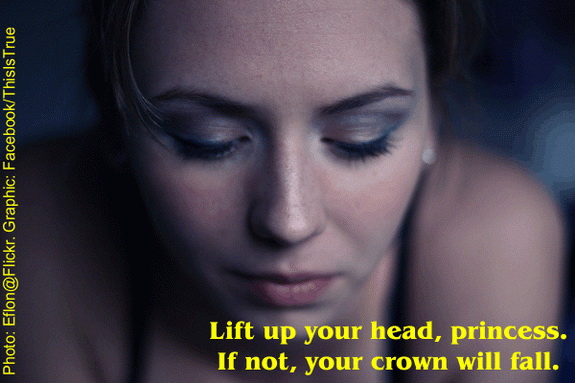 I posted it on Facebook dedicated to my wife, with the caption:

Inspired by something my wife posted this morning, but it needed a photo (and fixed punctuation). SO many girls (and women) don’t think they’re worthy of being seen, or heard. Feel free to Like or Share this if you appreciate the strong women in your life.

…and it was an instant hit, with scores of women and men “Liking” it and sharing it on Facebook.

Universally liked, then? Not in this world!

Three minutes after the posting, I commented on it myself: “I’ll hasten to add that it wasn’t my wife who messed up the punctuation in the original. :-)” — but it was too late.

One of my readers who reposted it on her own Facebook page got a bit of grief from one of her own friends.

“I like the photo, but I do find this husband’s action with it, the public criticism of his wife, unnecessary.” (emphasis added)

The reader pointed out to her friend that I had noted it wasn’t my wife’s punctuation that needed fixing, but her friend wouldn’t let it go.

“My point is simply that the public criticism of his wife is totally contrary to the point he is so gallantly trying to express. ‘Speak up, but I’m going to criticize you publicly for your mistakes?’ Know what I mean?”

The reader again told her friend she wasn’t getting it, so the friend then changed her criticism:

“I see it now, and I’m sure he’s a nice man and loving husband. But, I still don’t understand the need to criticize the abilities of any woman with the statement made in the picture.”

Sorry, but I just don’t see any criticism in the statement in the picture. None. Perhaps she’s talking about the caption saying I “fixed the punctuation” — but her assumption that it had to be a woman that created the original graphic just doesn’t compute. So what that it was more powerful, and more communicative? She couldn’t just look at the result and appreciate the idea; some people just have to choose to be offended, no matter what the sentiment.

What a sad way to go through life!

Thus this is a quick apology to the reader who was doing a feel-good gesture to spread joy — but was shot down by someone who just insisted on taking offense: she “got” to see just a little of the frustration of doing “battle” with someone who refuses to see what you’re trying to say (something I’ve grown very used to myself).

Life is short, hard, and often frustrating all by itself. What’s the point of trying to drag people down when it’s actually easier to lift them up? It’s all a matter of perspective. Or, as my wife put it when she posted the graphic in the first place: When you lift your head, “You can see what’s ahead better, too….”

My New Year’s Resolution is to be even more careful to look for, and appreciate, the positive in any situation. Even here: the reader’s friend prompted me to do the work to post this on my blog so that even more people could see it, and appreciate it, and maybe even be inspired by it. And that’s a positive thing!

64 Comments on “Keep Your Head Up”