I don’t very often have guest posts on my blog, but this short essay from an old friend is worth the space here, and the small amount of your time it will take to read it.

I thought it fitting to publish this for Memorial Day. 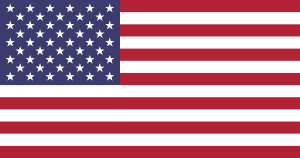 I don’t think Ken needs to justify himself, but he added this to the front: “Let me preface this article with this statement; I am a veteran of both the U.S. Army and the U.S. Navy, and served from Vietnam to Beirut, so I have paid the admission price and earned my speaking privileges.”

Don’t Thank Me with Words

It has become very popular to tell veterans and active duty military people, “Thank you for your service.” A very noble sentiment on the surface, but why are people doing it, really?

I am old enough to have experienced the very different reception that was given to Vietnam era veterans where veterans were spat upon, called names like “murderer, baby killer, baby burner,” etc. Sometimes veterans and people who were there (America 1960s-70s) try to compensate for the shameful actions still lodged in their memories. The mantra has become (and rightly so) “Hate the war, not the warrior!”

There are others, unfortunately, and they seem the most vocal and public, who just want to feel good about themselves. They want to be seen thanking veterans and by doing so, share the “spotlight” and gain the image of being “Patriotic.” It isn’t really about the veteran, it is all about them and what a flag waving American they are.

If you really want to thank a Veteran:

Stop voting for people intent on getting rich by sending our youth off to war.

Stop voting for people who see veterans as an expendable commodity that once used can be thrown away.

Stop voting for people who deny help for military families who need food stamps to exist month to month.

Stop voting for people who make it impossible for veterans and their families to get the education they need to build a better life.

Stop voting for people who only serve the highest bidder and could not care less if your grandmother loses her home and has to live in a cardboard box under a bridge while you are serving your country in Afghanistan and her Social Security and Medicare are taken away.

If you really want to show your appreciation, understand that what the men and women who have lost their lives, body parts, or their minds, really fought for; that being for ALL of us to be treated equally, not just the ones who look like George Washington.

Real patriots believe: that Every American life matters, not just the ones who look like you. All religions are of equal value, yours is not more correct or important because you follow it. All citizens have the same right to free speech, especially those with whom you disagree most.

So don’t thank me… show me.

33 Comments on “Memorial Day: “Thank You For Your Service””