I really had to chuckle when I got this whine — it’s not from a reader, but rather an apologist for an organization I wrote about last year. Deborah, who didn’t say where she is, stumbled across the page on my site about the “controversy” and wrote:

What she was referring to is my PETA page — a story about how the poorly named “People for the Ethical Treatment of Animals” kills animals put in its care, plus some backup information taken from copies of documents PETA itself filed with government agencies which were posted by (yes) an anti-PETA group, which shows they kill most of the animals put in its care. (Neither PETA nor Deborah claim the documents are bogus, just that they’re posted on an “anti-PETA” site, as if that makes them less accurate.) 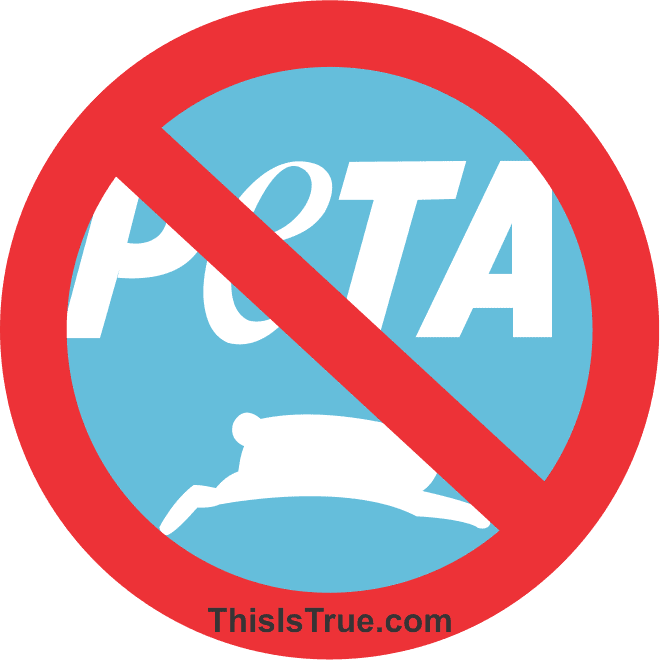 Had Deborah actually read the page she criticized, she would have seen that all of this is already discussed on the page — I did, in fact, “inform my readers” about the nature of the anti-PETA group. I also published, unedited, a statement from PETA officials in response to the page.

But Deborah isn’t interested in a debate; all she really wants is to try to bully me into removing the page since it criticizes one of her pet (heh heh) organizations or, failing that, to try to discredit the other side of the debate, as if her side is pure and objective.

She Wants Pure and Objective?

There is pure and objective truth: PETA does kill animals. It’s undisputed, even by PETA itself, as clearly shown on the original page

So what is the real effect of Deborah’s attempt to stifle debate? It gives me a reason to write about it again, bringing it to the attention of thousands of readers who missed it a year ago, plus thousands more who subscribed since then, plus anyone who now comes and reads past editorials.

Again, the page that Deborah brings to your attention is here. The link to PETA’s response, which I published without editing, is linked at the very bottom of that page.