In This Episode: Sure, it’s cool to hear stories of famous (and completely obscure) people who exhibit Uncommon Sense. But there’s one other thing you need to know about every one of them: they’re definitely not perfect, and that’s important to know because neither are you.

There are several common gut reactions that people often have when hearing a story about someone doing something fantastic, such as the type of people I tell you about in Uncommon Sense. First there’s the feeling that “I could never do that!” — because the person is so special, or so talented, or born at just the right moment and the right place, that they’re seemingly impossible to emulate.

Or second, the “But what about…?” types, who are aware of something less than savory in the person’s background. To use a couple of recent example people from last week’s episode: Jeff Bezos may be looking way into the future, but didn’t he cheat on his wife of 25 years? Isn’t that pretty much the opposite of Uncommon Sense? I mean, his wife divorced him — and when she left she took 25 percent of his Amazon stock as a consolation prize. That was worth $36 billion at the time. She did allow her ex to retain voting rights in those shares, which sounds like a pretty shrewd move, because that stock is now worth around $50 billion. Yep, bad move ethically, morally, and financially, Jeff.

And what of Elon Musk? Sure he’s looking way into the future too, but doesn’t he do pretty stupid things on a pretty regular basis? Say, taking a big puff from a marijuana cigar — on camera — when his SpaceX company is in the middle of a make-or-break contract with the government? Or call a cave rescue person “pedo guy” in a tweet, which was seen by millions and resulted in a big lawsuit for defamation by said guy? Or make other really stupid tweets that have gotten him in big trouble? Yep, bad moves plural, Elon: every one of those actions (and more) took time and focus away from his huge missions in life — and cost him plenty of money, too. They set him, and those missions, back — at least to some degree — time after time.

Yet I held both of them up as great examples of Uncommon Sense. Isn’t there a disconnect here? 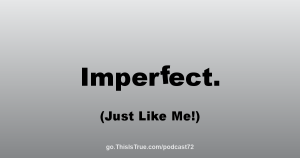 No, and here’s why. As I’ve said repeatedly over the years in relation to This is True stories, which very often show people at their worst, we shouldn’t gloat that we are somehow better than they are because, as I say, “We’re all stupid sometimes.”

Every one of us has done, continue to do, and will do stupid things until the moment we die. Sometimes, doing something stupid is the reason we die. But just because we all do stupid things sometimes doesn’t mean we do stupid things all the time, or that we can’t exhibit Uncommon Sense in some area of our lives at least some of the time.

Isn’t there something you did that you’re really proud of? A time when you thought, “You know, if I do this, I can probably achieve that” — and you did? Not that every success or point of pride shows Uncommon Sense, but it might. Let’s go for a couple of specific examples.

Maybe, a time when you decided to talk to a geeky type at a party because they looked lonely, and it turned out they were the manager of a big project that excites you, and you ended up getting a great job at a prestigious place simply because you chose that over hitting on a hot chick or guy there. That’s exactly how I ended up at NASA’s Jet Propulsion Laboratory, except the geeky guy wasn’t the project manager, he was in the office next to the project manager, and told her about me, and passed along my phone number.

Or maybe you figured out how to take a hobby and turn it into a career by crossing that hobby with a new way of doing things, or applying a new technology to it, and intuitively understanding how to make the resulting business prosper and lead you to a much more satisfying profession. That’s how I left NASA to become the writer and publisher of This is True, which is still going 26 years later, enabling me to live where I want, have incredible fun doing my job, and by the way, directly leading to me finding a great wife.

Are those examples of Uncommon Sense? Absolutely! Do those examples mean I’m perfect, or can repeat that success again and again and again? Absolutely not! And in fact I’ve had failure after failure at different things I’ve tried. But because I was willing to go through failure after failure and try different things, I have also had some additional nice successes, the best known of which are the Get Out of Hell Free card, of which I’ve sold millions (not to mention associated products like stickers, coffee mugs, and more), and the True Stella Awards, a spinoff newsletter that talked about weird but true lawsuits and resulted in a contract offer from a huge New York book publishing company with a huge check attached, which I accepted.

Yet I’ve even had failures with some of the Get Out of Hell Free products, losing time and money. Plus, I just didn’t have the passion to keep the True Stella Awards going, and shut it down after five years — so there was never a second Stella Awards book, which means there was no follow-on big check from a New York publisher for a second, or third, or fourth, book.

Because that does happen. Wendy Northcutt, the author of the Darwin Awards web site, not only had the same book publisher as the Stella Awards, we even had the same agent to get those contracts. She churned out nine books (and a movie!) before apparently losing her passion for the project. The more someone loves their projects, the longer they can stay at it, which is why This is True is just about through its 26th year, and I have no plans to stop it.

Having Uncommon Sense in some part of your life doesn’t guarantee success, but it sure makes success more likely, not just in a professional or money-making sense, but in other areas of your life that can bring as much or more joy, peace, or health.

I don’t do episode after episode of Uncommon Sense to try to get you to be like Jeff Bezos or Elon Musk. I do it so you can see that there are infinite ways to have Uncommon Sense — and, even more importantly, to encourage you to work hard to pass the concept along to your children, grandchildren, or anyone you live or work with.

The opposite of Uncommon Sense is Common Nonsense, and we sure have enough of that in the world, so why don’t we try something different and encourage thinking, thinking ahead, and striving for Uncommon Sense? Maybe with that approach humanity will get a better result! And that explains my mission in life: to get people to think more.

So if you don’t “feel worthy” of the kind of people I talk about in these episodes, that you can’t ever hope to rub shoulders with people like that, that’s buying into Common Nonsense. And worse, that’s setting a very bad example for others: that that’s the way to live, that Common Nonsense is the best we mere ordinary folk can hope for. And that is the way that probably the majority of humans live. Yet we really can do better, and the examples I present in these episodes are just that: examples of doing much better — which you can use to stimulate ideas, not try to somehow reproduce their results.

Some episodes are even explicit about that, such as Episode 15, “Keeping Your Eyes on the Prize”, which talked about a totally ordinary guy who did something extraordinary with his life. Episode 17, “Developing Uncommon Sense”, talks about how you can do just that: develop Uncommon Sense. And Episode 19, “How to be Happier” — well, that title is pretty self-explanatory! And there are more.

And it starts with rejecting the sort of Common Nonsense we see all around us as a way to live; the sort of obliviots you read about in This is True stories. And I know you can do that, since you listen to these episodes.

It’s a great first step that you probably did long ago. It’s time to take another step down that path — and, if nothing else, to pass the idea along.

The Show Page for this episode is thisistrue.com/podcast72, where you’ll find links to the episodes I mentioned, a link for a rundown of all the episodes (here’s a hint: that’s not just on every Show Page, but on every page: just click “Podcast” in the navigation at the top), and a place to comment.