There’s a group of friends I hang out with online, all of us online entrepreneurs. One sent a URL around urging us all to “take 8 minutes to watch the video,” adding “if you care about such things, please consider blogging about it and/or passing it on.” What things? Our kids. Or, more accurately, the education of our kids. The world is a very, very different place than it was when we were kids.

I was extremely lucky to grow up in the Silicon Valley, where my father had a second career doing consulting for the high tech companies there. (This was back in the hardware days of the valley, when they were doing fab work with silicon, not so much writing software to run on it.)

I was introduced to computers in the seventh grade, which is pretty good considering I started the seventh grade in 1971. And I hereby publicly thank Ms Adrienne Drummond-Hay, who pushed La Entrada Junior High (now Middle) School in Menlo Park, Calif., into the Computer Age way ahead of its time.

She brought in two Model 33 Teletype machines into a corner of her classroom, and either had a nice big budget or got a computer company, RAIR Inc. in nearby Mountain View, to discount or donate time on their timeshare minicomputer, an H-P 2000C that could handle up to 32 dial-up users at a time. (Unusually, as far as I can tell with H-P, it ran the RSTS operating system, with interpreted BASIC.)

My recollection was their published rate was $5/hour to connect to their computer at 110 baud (the fastest a Model 33 could go — about 10 characters/second), and $10/hour if you were lucky enough to have a terminal that could run at 300 baud.

Update: I’m adding the following video in 2020 since it not only shows interaction with a remote computer using a Model 33 Teletype, but as shown on the front, it’s actually from RAIR Inc.! What a small world.

Thanks to Mrs. Drummond-Hay, I’m in perhaps the first generation who grew up with computers as ubiquitous tools, not marvels. I was one of the first students I knew of in college who had his own computer, too. I’m not saying this to brag — it’s just a tool, nothing special — but it gave me a huge advantage over other students.

My college was cutting edge too: when I arrived, the faculty of the journalism school at Humboldt State University was rightfully proud of its Video Display Terminals — a computerized story editing and typesetting system for the school newspaper. “This is the sort of equipment you’ll find in industry,” they told me, and I was lucky to train on the state of the art.

They were right; the days of hot-lead typesetting were over, and HSU was one of the earlier J-schools to lead the way into “cold type” and then, not long after I graduated, computerized layout.

A lot has changed since 1971, and when I was in college. And I’m sure some schools have kept up. But I’ll bet most are still way behind the curve. Probably including the one your kids (or grandkids) go to.

It was a year and a half ago that I recommended you read The World is Flat,* which discusses how the Internet is leveling the playing field around the world. It’s why tech support is booming in Bangalore, India, for instance.

But that’s just an outward manifestation of the flattening playing field. What country has the largest middle class? Not the U.S., but India; their middle class will soon be larger than the entire population of the U.S. What is soon to be the largest English-speaking country? No, not India, though 100 percent of its college grads speak English. Rather, it’s China.

Another friend in the group piped in that he’s “still fighting the good fight to promote English skills.” He retired from a major player in high tech, one that’s making many billions by understanding just how important all of this is. When he was there, he did a lot of hiring, and he could easily tell if a prospective employee had what it took to compete.

He said, regarding this, “If your email and your Internet posts and your other writings sound like a spoiled teenager who didn’t finish high school, don’t be surprised if that’s exactly how you’re treated.” He now kicks himself that he didn’t pay more attention in school English classes: he now makes his living …as a writer.

The point: English is certainly emerging as the high tech language in an increasingly high tech world. India and China realized this long ago. Have your kid’s teachers realized it? Have you? Can your children communicate intelligently in writing? Or can they only write in txt msg shthnd? (Text message shorthand!)

The ability to get points across well and succinctly has enabled me to make a good living, but I was also lucky enough to go to the right schools, staffed by the right teachers, and that I was pointed in a useful direction, which is amazing considering when it was. They left the “how” up to me, and I think I found a worthy path.

Now that we’re well into the 21st century, are your kids getting that sort of guidance?

The video I referred to (below) keeps asking, “Did you know?” That gets really old, but did you? More importantly, do the people we’re paying professional-level wages to educate our children know it? Does your kid’s principal know it? What is he or she doing to get your child ready? Do you know? Why not?

I look forward to your comments on this. Did you know this stuff? Now that you do, what are you going to do about it?

Here’s the link from the video, so you don’t have to type it in: http://shifthappens.wikispaces.com, which has updated versions of the presentation.

P.S.: I wrote this 900-word essay in under an hour, including the time it took me to look up and encode all the links here, and post it to my blog. Will your kids be able to do that when they finish school?

I hope so, but fear not. Thanks again, Ms Drummond-Hay.

* FTC Notice: If you buy products through links on this site we may receive an “affiliate” fee, which does not affect the price you pay. See True’s Privacy page. 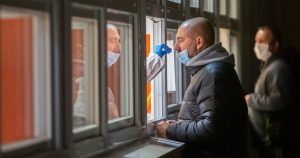 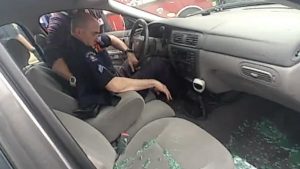